On July 9, 1786, Marie Antoinette woke with vague pains in her abdomen and a general feeling of unwellness.  Although heavy with child, she doubted her discomfort was being caused by labor pains.

The pains persisted, increasing in their urgency.  Finally, at four-thirty in the afternoon the various state officials and courtiers were summoned to witness the glorious event (as required by protocol) . 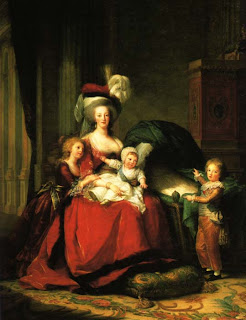 Sadly, this petite princess would not live to celebrate her first birthday.  She died of tuberculosis on June 19, 1787.

Her death would plunge Marie Antoinette into deep despair.  According to Madame Campan, the queen's first-lady-in-waiting and most trusted servant, Marie Antoinette would come to view Princess Sophie's death as the first in a string of misfortunes. 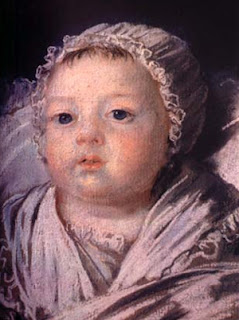